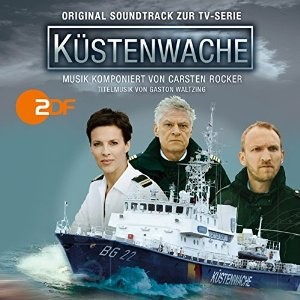 “Küstenwache” (“Coast Guard”) is a German television series that tells the fictionalized adventures of a unit of Federal Coast Guard officers off the German coast of the Baltic Sea. It has been aired on public broadcasting channel ZDF since 1997, and is set to end with its 17th season in early 2016.

CLIP: Trailer Season 14 (with material from “U32 antwortet night”)

CLIP: The Mission (from the episode “Auge um Auge”)

Carsten Rocker, since 2004 composer of the series (scoring more than 200 episodes), gives an impression of the musical soundscape of the show on the official soundtrack release. (Source: 2-Lane Records)