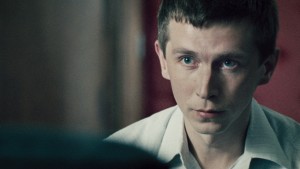 Andrei has been living illegally in Germany for seven years. When the time comes for his son to start attending school, Andrei realizes that he cannot go on living this clandestine existence. Mischa’s future is at stake.

CLIP: Andrej is watching the playground

CLIP: Mischa can go to school