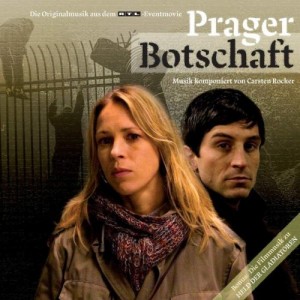 Set against the backdrop of historical events at the German embassy in Prague in September 1989, the 90-minute film directed by Lutz Konermann tells the story of friendly two couples who decide to escape to West Germany from the communist GDR. The drama produced by Filmpool was shot at original locations in and around Prague. There are a total of 54 speaking roles in the event movie. Even the then Chancellery Minister Rudolf Seiters, now president of the German Red Cross, stepped out onto the embassy’s historic balcony again for the film.
The drama, produced by Filmpool, has been nominated in the TV Fiction category for the Prix Europe 2008, Europe’s biggest media competition for television, radio and emerging media. The award ceremony will take place during a festival week, from 18 to 25 October in Berlin. (RTL Television, Germany)

The music by Carsten Rocker was performed by the German Filmorchestra Babelsberg and released by Alhambra Records.